I’m having a little fun with one of the latest viral trends going around Friendfeed to express my general belief that the term ‘meme’ has been corrupted to be nothing other than a glorified fad. 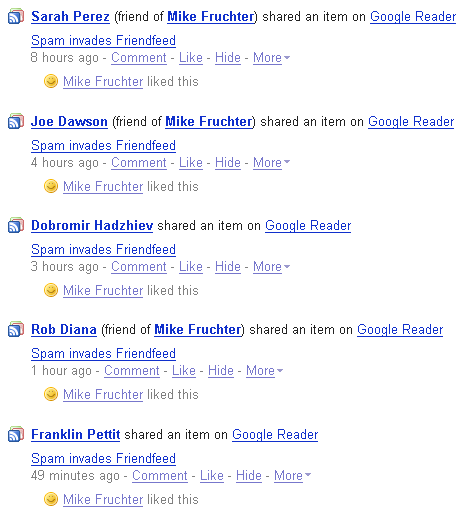 Mike is actually a wonderful person to follow if you use friendfeed, I just thought this was a little ironic.  Friendfeed has many uses and like one of them is to promote your own work and you can bump it to the top of the feed and at the same time let people know you appreciate them sharing your work.