I am a veteran of Black Friday, I’ve seen all the horrors there are to see. I’ve stood in lines that took hours and have grabbed the last space in a parking lot that filled before the store even opened… and the rebates, those evil little rebates!  I’ve also worked retail in an electronics store on Black Friday.  There will be jostling, pushing, groaning, moaning, and cursing.  Thinking buy online? The first place to look for the best deals is https://www.shoppok.com you’ll find some of the hottest products. Here are a few thing to do and to avoid doing that will make the day more bearable and hopefully make you a more successful shopper:

Programmers make the World (wide web) go ’round.  Today I want to give thanks to my fellow programmers.  I’ve always enjoyed the company of programmers, there seems to be something about us code jockeys that’s universal.  Nothing made this more clear to me than this past Programmer Day, when I saw that same thing in programmer’s around the world.  Sure there are differences and of course I don’t like every coder out there, but in general I think programmers are wonderful.  If you think about all the contributions to society that programmers have made over the past 50 years,  you’ll be thankful too. 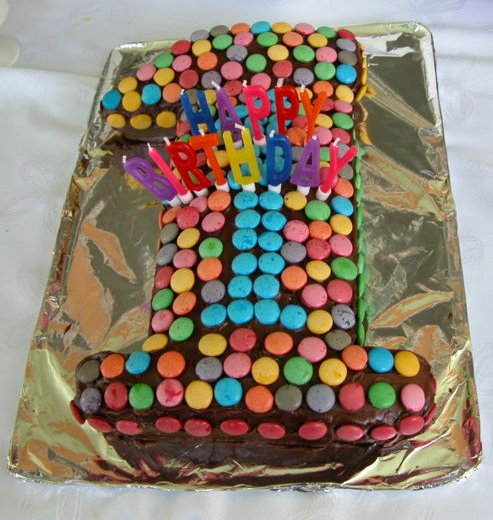 This weekend Wesabe celebrated it’s first birthday! It seemed fitting that I say a big Congratulations and Thank You! If you haven’t tried Wesabe yet, then you’re missing out.  Wesabe is useful, usable, and secure way to track your personal finances online and with the large and helpful community offering tips and suggestions it’s a great way to save money too. The best part of all this is that it’s all free and the hard working folks over at Wesabe are adding new features all the time!  There are other options out there, but only Wesabe gives you the security of never having to hand over your user name and password.  They are also the only service that I know of that gives you full control of your data, there is no middle man collecting it and if you want your data deleted from their servers then it’s gone.  There is an excellent interview with co-founder Marc Hedlund on CenterNetworks.com that you should read to learn more and be sure to check out the well designed web site at Wesabe.com. I’ve been thinking whims lately, which seems like something I shouldn’t be allowed to do. It seems counterintuitive to ponder whims, but so does putting two silent letters in your domain name and that didn’t stop me from registering KnightKnetwork.com. I believe in the power of whims, the human mind is always working and sometimes it’s processing things on a subconscious level that bubble to the surface in what seems like a totally random fashion. Ignoring your whims can lead to missed opportunities, don’t dismiss them immediately because some of them might be gems or at the very least lead you to learn something.

I guess I should include a disclaimer that blindly following whims is a bad idea too, but with a little bit of thought and self awareness you’ll be able to tell if your whim to start a social networking site for the Amish is likely to be a success. Actually, I think this could pay for itself in ads if it was funny enough. I’m actually tempted to do this… the power of the whim! Most of my whims have flopped, but some succeed in one way or another and I still haven’t given up on others. My most successful whim, and the one I’m most thankful that I followed was launching ProgrammerDay.info. I had written the date down in my calender at work so I wouldn’t forget it again and I realized that there wasn’t a good place to go for information, even the wikipedia article had been deleted. So being the whimsical person that I am, I registered a cheap .info domain that was available and threw up a quick site. The results were amazing and it really made me appreciate my fellow programmers and how much we have in common no matter where we’re from, more on that in a later Thanksgiving post.

What I hadn’t really anticipated and another reason I’m so thankful that I’ve followed this whim, is that I’m getting to interact with some very helpful and interesting people as I try and prepare for next year. Finding sponsors and getting advice from those more knowledgeable and more successful has been enlightening and very fun for me. I need to write some thank you e-mails to go along with these posts!

The thing that I’m most thankful for this year is new beginnings and I’ve had some successful ones this year.   There’s something wonderful about starting on something new and full of potential, the anticipation of making something happen and influencing the future is one of man’s greatest joys and there’s always something to be thankful for.

The first and most successful of these new beginnings was the birth of my beautiful son, our first child.  He is an endless source of joy and I am thankful for him everyday.  Fatherhood is one of the greatest beginnings in any man’s life and one that has been inspiring for me, pushing me to be a better person and to take opportunities that come my way.

The second new beginning that I’m thankful for is this site, one of the opportunities that I decided to take.   I started it as an experiment and a way to learn and play.  My goal was simple, to create a site that was useful and interesting enough to pay for itself, and for the past few months I’ve met that goal.  At least in theory I’ve earned enough to pay for the domain name and the past several months of hosting,  I actually need to make enough for Google to cut me a check for this to turn into a reality.  It’s been interesting, and I’ve still got a lot of work ahead of me make this a better site and keep visitors coming.  I still have a lot to learn, but I pick up new knowledge and new skills everyday and posting is still fun and doesn’t seem like a job.  That’s really good as the money I am “bringing” in certainly isn’t enough to pay for the time I put in.

The third new beginning that I’m thankful for is the ProgrammerDay.info site.  I’ll talk more about that in my next Thankful post, I started it on a whim and it grew to something that amazed me.